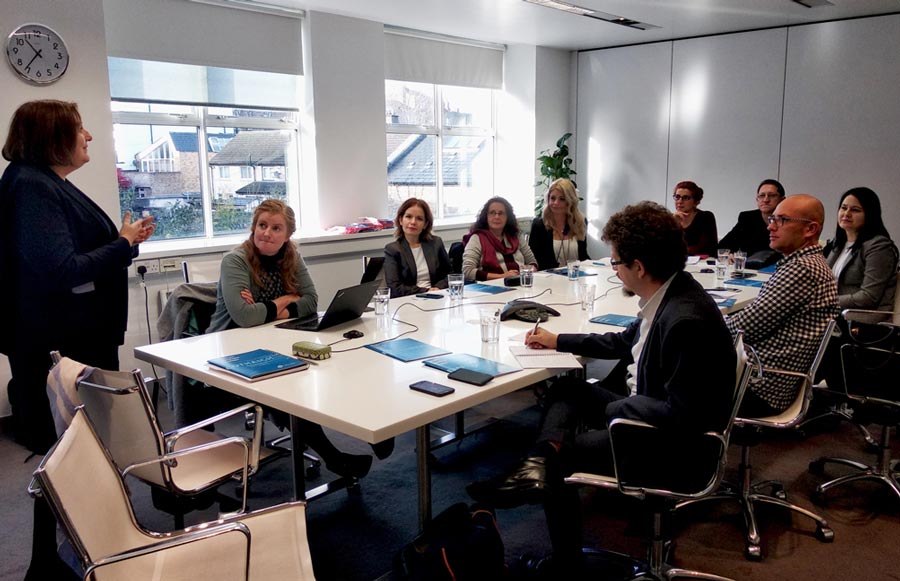 Exchange of knowledge, experience  and practices  between  representatives of  Macedonian and Irish Media Literacy  Networks was the purpose of the study visit to Dublin for a group of  stakeholders from Macedonia,  which was organized  by MIM during  November 13th and 14th,  in the frames of the project “Reinforcing Judicial Expertise on Freedom of Expression and the Media in South-East Europe (JUFREX), funded by the European Union and the Council of Europe.

The group was made of representatives from the Ministry of Education, The Bureau for Education Development, the Agency for Audio and Audiovisual Media Services (AAAMS), First Program Service of Macedonian Television, MIM, Institute of Communication Studies, Foundation Metamorphosis and CSO Conedu Global.

They met with representatives of the 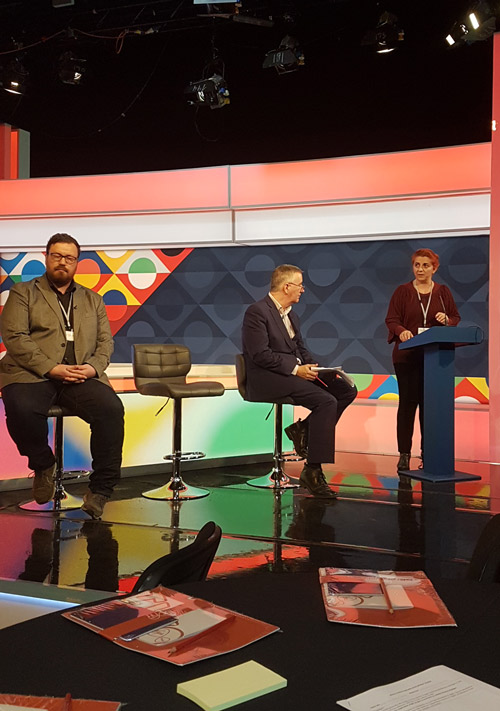 Broadcasting Authority of Ireland (BAI), who hosted the visit. The BAI team presented the functioning and administration of the Irish Media Literacy Network and their efforts to increase the awareness of this concept in different areas of the Irish society, such as education, media and civil society sector.

The Macedonian team participated at the Media literacy Ireland Autumn Conference, which was hosted by Virgin Media TV, member of Irish ML Network. The event was attended by most of the 114 member organizations from Ireland, who presented some of their latest research findings and participated in panel discussions about Irish Network and Update, the role of ML during times of social change, and shared experiences with various initiatives and projects they are running.

Within the panel dedicated to exchange of experiences between Irish and other European stakeholders, Ms. Emilija Petreska - Kamenjarova from the AAAMS, member of the Macedonian team, gave a presentation about the Macedonian ML Network history and cooperation among relevant national stakeholders.

The study visit included bilateral meetings with representatives of the Irish ML Network, such as the Irish Film Institute, Transparent Referendum Initiative, the community station Near Radio and the Center for Critical Media Literacy. The discussions resulted with exchange of ideas for different initiatives that will extend the cooperation between the Irish and Macedonian ML stakeholders in the future.