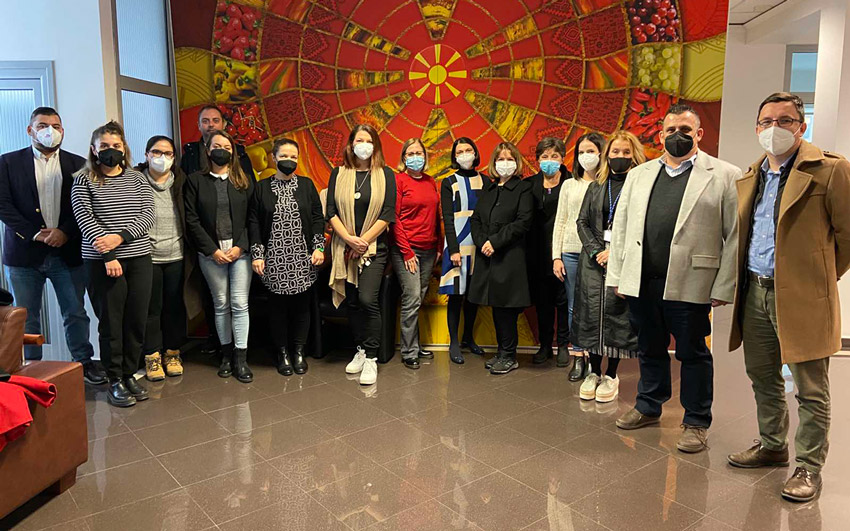 Journalists and civic activists pay a study visit to Brussels

Macedonian Institute for Media (MIM), supported by the EU Delegation organised a study visit to Brussels in the period of 8-11 November, for journalists and civic activists from the field of media.

The visit was organised with the goal to assist in strengthening relationships and building synergy among media, civil society and institutions in fighting disinformation, as well as to promote media literacy in our country.

Participants had the opportunity to discuss with relevant representatives of European institutions, such as the Western Balkans Task Force on Strategic Communications within the European External Action Service (EEAS) as well as media organisations and associations headquartered in Brussels.

Discussions in the meetings focused on the need for institutional response to disinformation and the importance of building partnerships among relevant stakeholders, as well as activities undertaken by the European institutions in this sphere, including EU relations with private companies and platforms such as Facebook, Google, YouTube and others.

Among other things, it was pointed that there was need of increased transparency and publishing the criteria that these social networks use in removing content published by users.

During the meetings with the representatives of the European Federation of Journalists, UNESCO and the European Association for Viewers Interests (EAVI) the conversation focused on the latest activities that these organisations have undertaken in strengthening co-operation between media and civil society and the necessity of improved professionalism in media reporting and effective resilience to disinformation. The interlocutors underlined the need for designing new, creative approaches for advancing citizen knowledge and skills, to be able to recognise and deter manipulative content, since methodologies and technological innovations for creating and disseminating disinformation are continuously perfected.

Within the study visit to Brussels, the group met ambassador Agneza Rusi-Popovska and members of the Mission of the Republic of North Macedonia to the EU. During the meeting they discussed relevant themes in relation to our country’s European integration process and informing citizens about these issues.