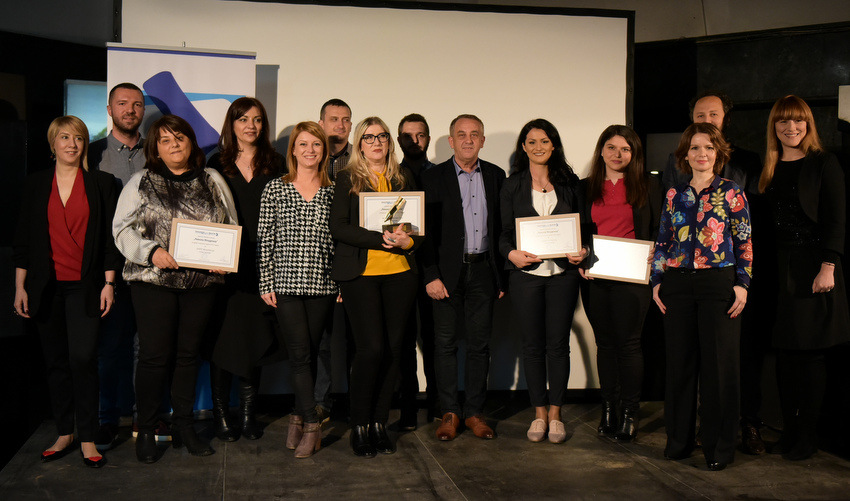 Mence Atanasova Toci won the first place at this year MIM’ contest for the journalism award "Nikola Mladenov" for the best investigative story. The winning story, published on the Internet-portal NovaTV tackles the suspicious parallel import of medicinal products. The investigation shows serious wrongdoings by institutions, manipulation of citizens, enriching of certain pharmaceutical powerful persons and adoption of laws by the previous government whose explanation was that the parallel import allows reduction of the price of the medicines.

The team of journalists of BIRN Macedonia won the second prize for the story “Foreign investments under lens”, published on the Internet-portal Prizma. BIRN's journalists have provided the public with a comprehensive insight into the real value of investments compared to promises and information presented by the previous government, as well as the unjustified spending of huge amount of money from the State Budget to support the entry of foreign investments.

This year the third prize is shared between the journalists Petar Klincarski for the story “Lost in 1000 translations” aired in the TV show “360 degrees” on TV Alsat-M, and Liridona Vejseli for the story “Where is the headquarter of the jihadists in Macedonia“, published on the Internet-portal Zurnal.

Klincarski’ investigation discloses serious controversies and suspicions for corruption in the procedures for translation of foreign vocational books, revealing that state funds intended for translation of literature were concentrated in same companies close to the previous government. The story of Liridona Vejseli reveals exclusive information to the public, about recruiting fighters from Macedonia for the battlefields in the Middle East, reporting on what they had faced with there and after returning home.

The Commission decided to award Slavica Filipovska with certificate for demonstrating exceptional journalistic expression and high quality production of the story "How much time do we need to destroy the oldest lake in Europe?" aired on the TV-show “360 degrees” on TV Alsat-M.

MIM has been organizing the best investigative story of the year for 17 years. This awards is part of MIM’ efforts for promotion of professional journalism and democratic values in the country.

The photo-gallery of the event is available here.